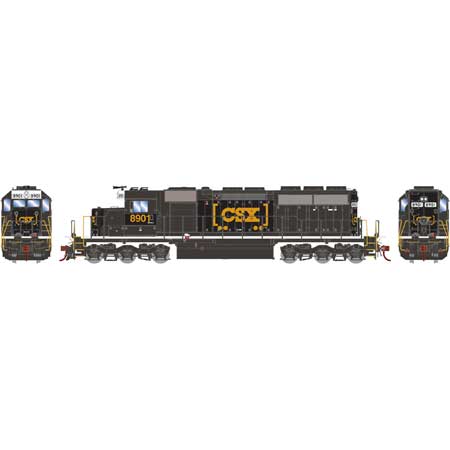 In 2014, CSX traded all 12 od their SD80MAC units to NS in exchange for a group of former Conrail SD40s (rebuilt to Dash-2 standards). Instead of being repainted, the new SD40s simply received CSX logos on the nose and hood, along with new road numbers, giving them a "patched" appearance.

QUANTITY IN STOCK: One (1) Currently Available