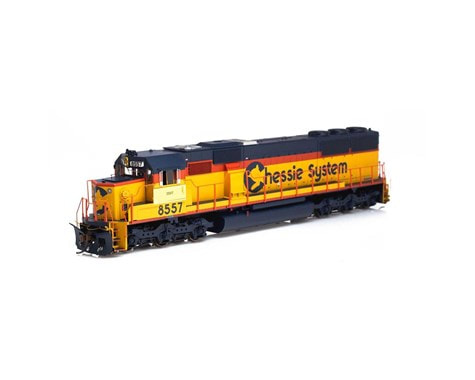 Shortly before and during the time of the CSX merger, the railroad utilized their fleets of ex-Chessie(C&O) SD50 locomotives as helpers in the Cumberland, Maryland mountains. Heavy coal trains and steep grades required extra tractive effort to successfully ascend the mountain passes.

The locomotives were hastily patched or sublettered for CSX and released into service, and were repainted at a later time.

QUANTITY IN STOCK: One (1) Currently Available.